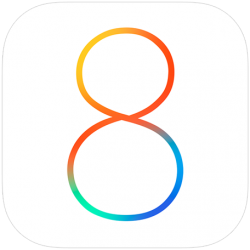 As almost all Apple developers, I was excited with the announcements Apple made in WWDC this year. Lots of new stuff, a revamped OS X experience, a new iOS version with refinements for the end user and great new APIs for developers and a whole new programming language: Swift.

Last year Apple completely redesigned its mobile operating system, leading to a lot of criticism, although most reviews where positive. iOS 7 was new and fresh but in many ways it seemed like an unfinished product. Except the icons, I loved the new design for iOS. My main issue was that it was the same OS with a new coat of paint. This year, with iOS 8, Apple did exactly the opposite. It kept the appearance of the OS almost the same, refined the user experience, added subtle but meaningful new features and proved huge new opportunities for developers. The slogan in iOS’s website: “Huge for developers, massive for everyone else” describes the new version of iOS exactly as it is. End users will have almost the same experience using the stock apps, but third-party apps built for iOS 8 will provide a bunch of new features.

So lets start with the end-user features enhancements. The most notable new feature is the revamped messages app. Users will be able to mute group conversations, see all the attachments in a thread at once, and share their location with other users in the same thread. Also you can know capture sound or video and share it with others with a single swipe. These all are features provided by other apps for years, but seen them built in with Apple elegance is a nice addition to the whole experience.

Second noticeable feature are the recent and favorites contacts addition to the multitasking screen. This will provide a fast way to call or message all of your favorite contacts. Keeping with the UX refinements, Apple finally gave iOS one of the most wanted features: widgets. Widgets will be available in notification center, providing at a glance info to anything the user chooses, similar to the stock widget in iOS 7.

Huge changes -though not eye catching- come also to the photos.app. iOS 8 will store all the user photo to iCloud. This will give instant access to your whole photo library from all your devices, while also freeing some storage from your iPhone (most users’ iPhones have gigabytes of photos).

Another great new feature for users that have more than one Apple device is HandOff. With HandOff users will be able to continue their work exactly where they left it in another device with a simple swipe in the home screen (or by clicking the blinking app icon if we are talking about OS X). This, with the addition of iCloud drive, makes finally Apple’s cloud service something more than a hobby, and a solution worth thinking of using it for something else than just device backups and app data. 5GB are to few though, but thanks to the new pricing, bigger storage plans are way more affordable than before.

iOS 8 might not be a big release in terms of end-user features but it builds on top of iOS 7 with some needed refinements. It is iOS 7 as it should be, exactly like what Mountain Lion was to OS X Lion.

Now lets dive into the huge part of the story: APIs. I plan to cover the developer releases announced in WWDC14 in depth in a separate post, but iOS 8 related APIs worth a brief mention in this article. iOS 8 will bring extension. In simple words, app developers will be able to add extensions to safari, photos.app etc. For example Pinterest will be able to provide the Pin-It functionality straight in Mobile safari, without the need to leave the browser for pinning something to your boards. In the same way editing a photo with Instagram and sharing it will be possible inside the photos.app. Extension will be able to project UI to other apps. Next is Home Kit. Home kit will provide a standard API for home automation apps. This will explode apps of this kind, as now developers have to develop their own protocols to communicate between their apps and their hardware. Last but not least is  HealthKit. iOS 8 has a new app (the only new one) called Health. Health is all your health related data organized within an app. User can add data related to his health manually. But apps built in with HealthKit will be able to aggregate user’s health data (with permission from the user of course) and provide data that will be visible to Health app. Imagine that you are using to apps like Runkeeper to track your activities. If both apps are built using HealthKit, you will be able to see your activity summary (from both apps) in the Health.app.

I’ve installed the first beta of iOS 8 in an iPhone 4S since day one and I have to admit that I experience far less crashes than I did with iOS 7 beta. Performance is also tweaked and 4S seems to handle the new OS fine even though the hardware is 3 years old.

View all posts by Nikos M.

This site uses Akismet to reduce spam. Learn how your comment data is processed.